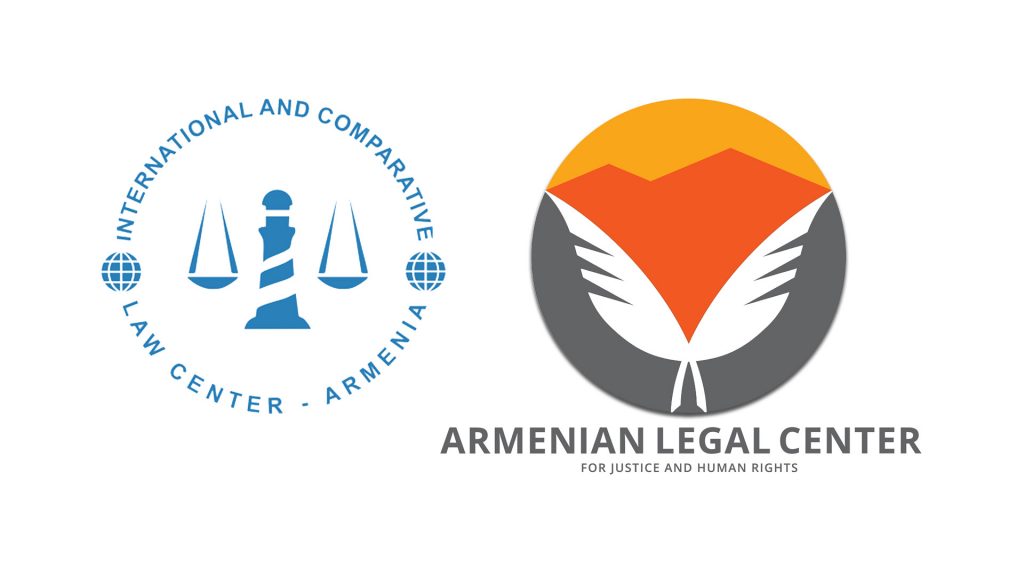 Washington, D.C. and Yerevan, Armenia — In response to the government of Azerbaijan’s ongoing illegal detention of Armenian prisoners of war and Armenian civilians, the Armenian Legal Center for Justice and Human Rights (“ALC”) and the Yerevan based Center for International and Comparative Law (“CICL”) joined forces recently in the effort to secure the release of the prisoners of war currently held in captivity by the government of Azerbaijan.

The collaborative effort between the two organizations, that began in January of 2021, will pursue damage claims for the harm and injuries suffered by both civilian and military personnel at the hands of the Azerbaijan armed forces and the foreign mercenaries Azerbaijan employed in their recent unprovoked aggression against Armenia and Artsakh. CICL and ALC will also pursue the return of the remains of Armenian soldiers and civilians missing in action since the end of the armed conflict on November 9, 2020.  In furtherance of the undertaking to secure justice for the many victims of Azerbaijan’s human rights violations, CICL will also conduct comprehensive fact-finding investigations into the many reported incidents of torture and murder of Armenian soldiers and civilians while in the custody of the Azerbaijani military. The CICL, with the support and backing of the ALC, has already initiated dozens of legal proceedings in the European Court of Human Rights (“ECHR”) on behalf of the identified Armenian captives in Azerbaijani custody.

“The Azerbaijani government continues to engage in a pattern of gross and blatant human rights offenses for which they must be held accountable” stated renowned human rights lawyer and CICL Executive Director Siranush Sahakyan, who is spearheading the ECHR lawsuits, “Working closely with the ALC, we are committed to securing justice for the victims of Azerbaijani aggression and ultimately for the long overdue release of the Armenian captives” concluded Sahakyan.

“The continued detention, abuse and torture of Armenian soldiers and civilians by Azerbaijan are egregious human rights violations that can no longer be tolerated and must be resolved without further delay,” stated Kenneth Hachikian, Chairman of the ALC, “We are pleased to be partnering with our talented, experienced and dedicated colleagues at the CICL and will continue forward with this vital endeavor until justice is served and all the captives are returned home to their families,” added Hachikian, “Toward that goal, we call on all Armenians to generously contribute their efforts and resources to this crucial initiative” concluded Hachikian.

To make a tax-deductible donation to the ALC to help secure the release of Armenian captives in the custody of the Azerbaijani government please visit https://givebutter.com/ALC_Pows.

The Armenian Legal Center for Justice & Human Rights (“ALC”) is a Washington-based international legal institute. Through the use of national and international courts and forums, the ALC seeks a just resolution of the Armenian Genocide. In addition, it both defends Artsakh’s right to independence and seeks to identify potential claimants,  coordinate the claims of victims of human rights abuses, investigate abuses, and gather the necessary evidence from the war crimes committed by Azerbaijan during its most recent aggression against Artsakh..