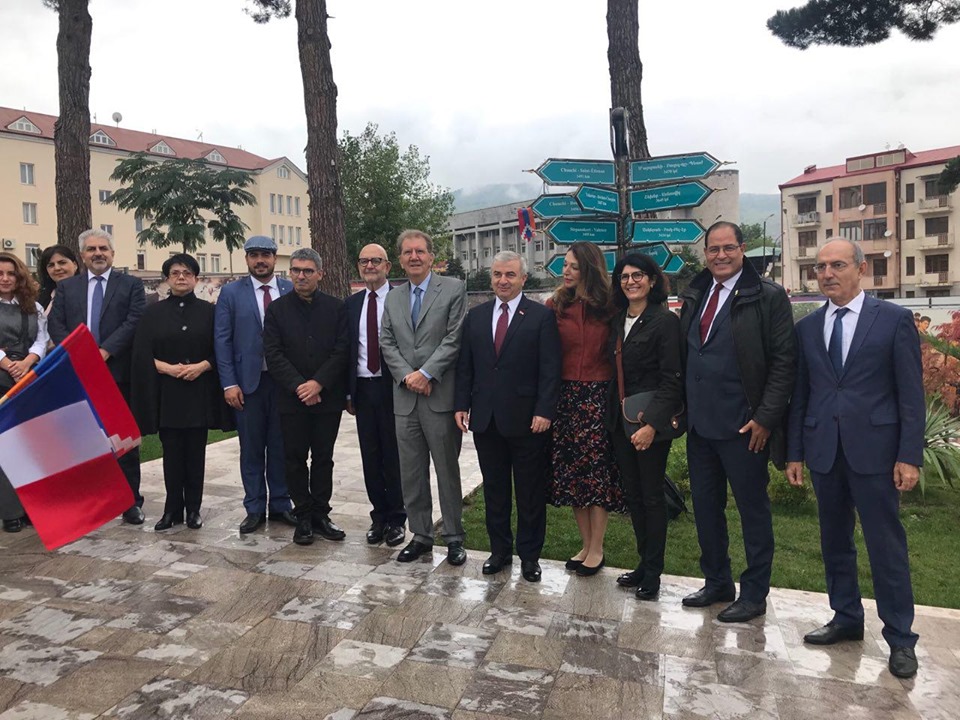 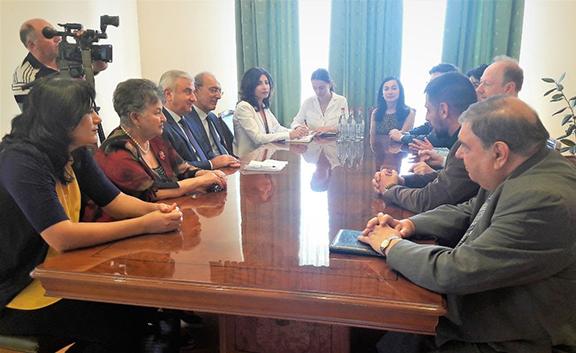 BRUSSELS—After his first fact-finding mission in Artsakh in August 2018, Member of the European Parliament Martin Sonneborn (NI, Germany) is once again in Artsakh, this time leading a delegation of 25 members. The delegation includes a number of German professors, writers, journalists and Die Party members, who are accompanied by the President of the European Armenian Federation for Justice and Democracy Kaspar Karampetian, Executive Director Heghine Evinyan, and Project Manager Ashkhen Fixova.

END_OF_DOCUMENT_TOKEN_TO_BE_REPLACED

Aalst 29 July 2019 – On the initiative of the European Armenian Federation for Justice and Democracy (EAFJD), a delegation representing Shahumyan region of Artsakh Republic (Nagorno Karabakh) visited the Belgian city of Aalst.

The delegation had been invited by the city council of Aalst so as to attend the annual Pikkeling-festival, one of the most popular international folkloristic festivals in Flanders as well as other cultural and sports events taking place in the city from 26 to 29 July.
END_OF_DOCUMENT_TOKEN_TO_BE_REPLACED 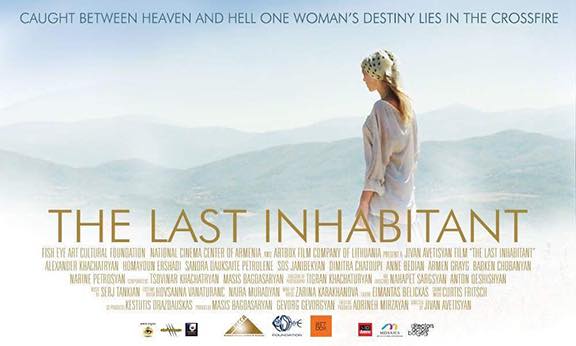 On the initiative of the European Armenian Federation for Justice and Democracy (EAFJD) the Brussels premiere of the film “The Last Inhabitant” – an award-winning film on Artsakh – took place at Cinema Galeries in Brussels on Friday 12 July in the presence of the director Jivan Avetisyan. In the end the audience actively shared their impressions and addressed questions to the director.

END_OF_DOCUMENT_TOKEN_TO_BE_REPLACED

Brussels, 29 April 2019.- During its plenary sessions of 24-25 April 2019 the Chamber of Representatives of Belgium discussed and adopted a law which among other issues penalizes the denial of genocides such as the Rwandese genocide and the Srebrenica massacres. Despite the efforts of the Armenian community of Belgium and several members of the parliament as well as specialists of the field, the adopted text did not include the penalization of the denial of the Armenian genocide. As a matter of fact, Belgium has officially recognized the Armenian genocide on three levels: the Chamber of Representatives, the Senate and the Government, via the official statement of Prime Minister Charles Michel.

END_OF_DOCUMENT_TOKEN_TO_BE_REPLACED 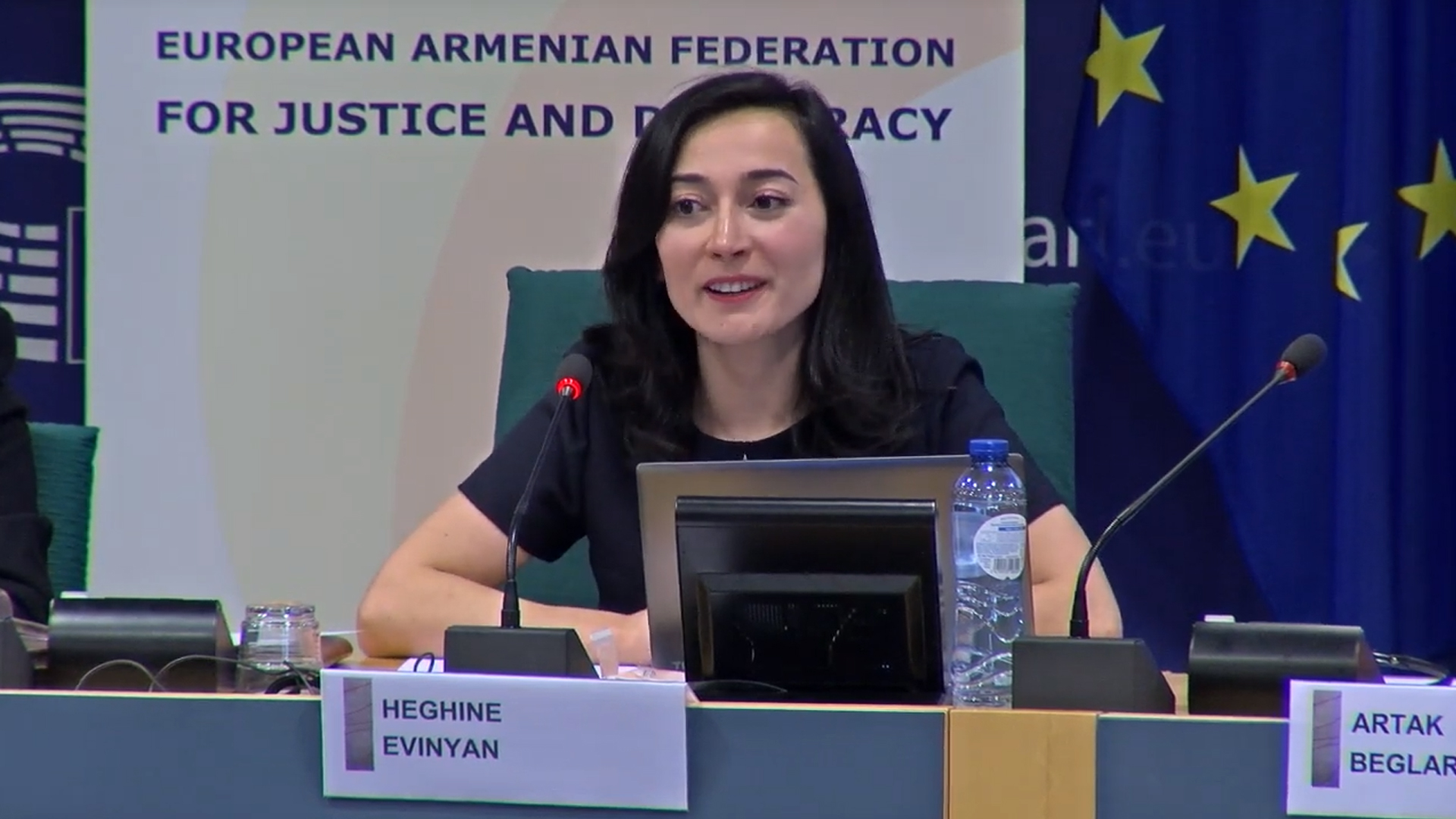 The conference “Armenophobia: historical and present-day resurgence” examined the phenomenon from different angles, provided a comprehensive picture of various interconnected aspects as well as the ways of combating it. It featured prominent representatives of academia, including historians, political scientists, journalists, human rights defender/activists and witnesses.

END_OF_DOCUMENT_TOKEN_TO_BE_REPLACED 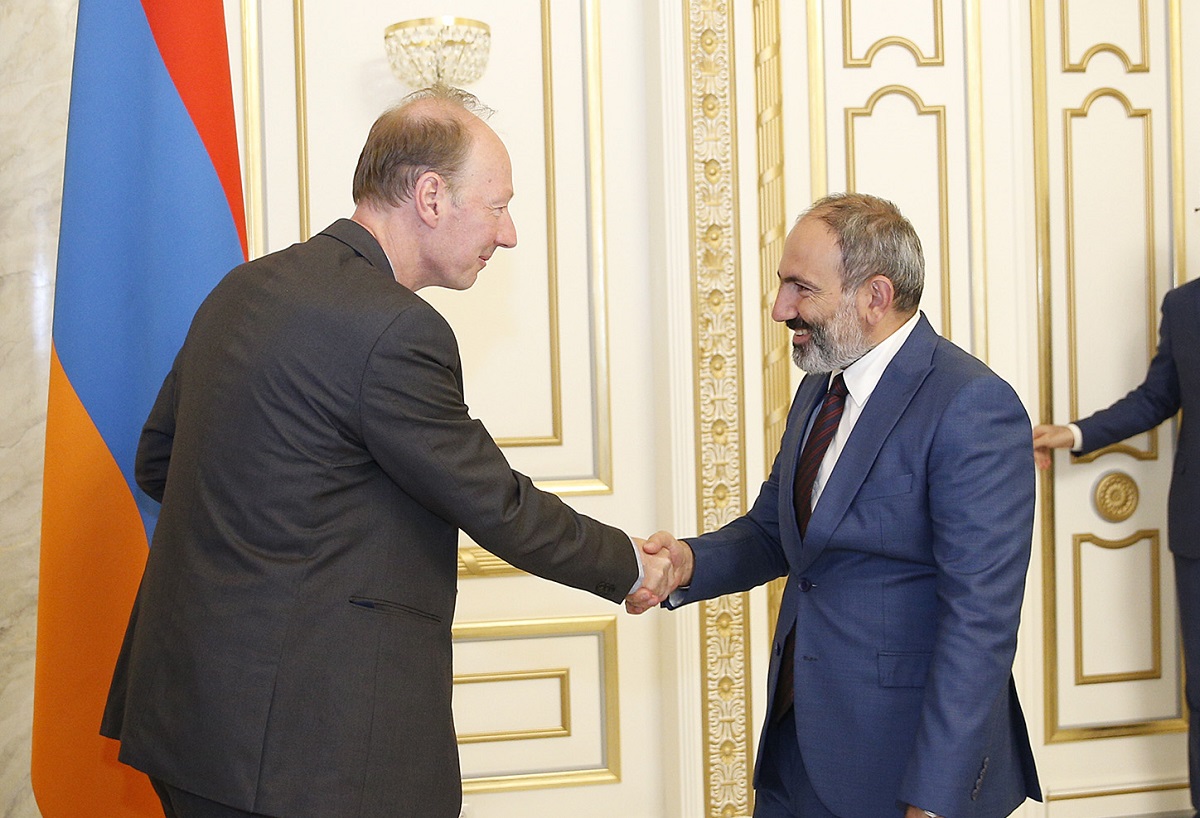 On the initiative of the European Armenian Federation for Justice and Democracy (EAFJD), Martin Sonneborn (NI, Germany), a Member of the European Parliament (MEP), his head of office Dustin Hoffmann and journalist Claudia Toursarkissian are on a fact-finding mission in Artsakh/Nagorno-Karabakh, accompanied by EAFJD President Kaspar Karampetian and EAFJD executive director Heghine Evinyan.

Within the framework of the visit, the delegation led by MEP Sonneborn has been received by the President of the Republic of Artsakh Bako Sahakyan, Minister of Foreign Affairs Masis Mayilyan, Minister of culture, youth and tourism Lernik Hovhannisyan, the Speaker of the National Assembly Ashot Ghulyan and a number of deputies representing all the political fractions in the Parliament. MEP Sonneborn and his staff also had an exchange of views with members of the “Friendship Group with Europe” of the Artsakh National Assembly.
END_OF_DOCUMENT_TOKEN_TO_BE_REPLACED

DECLARATION: Visiting Nagorno Karabakh/Artsakh is not a crime

We regret the fact that the Azerbaijani Authorities requested an international arrest warrant against the Presid ent of the European Armenian Federation for Justice and Democracy (EAFJD) Kaspar Karampetian, for visiting Nagorno Karabakh /Artsakh. EAFJD is a grassroots organization, which uses the tools of civic activism to raise awareness.
Despite the fact that there is no relevant basis in international law that would prevent anyone from visiting Nagorno Karabakh, the Azerbaijani Authorities have been using various methods of intimidation and trying to criminalize visits.
END_OF_DOCUMENT_TOKEN_TO_BE_REPLACED

The European Armenian Federation for Justice and Democracy (EAFJD) states that Azerbaijan’s request to Interpol for an international arrest warrant against the EAFJD President Kaspar Karampetian lacks any legal basis and is certain to be rejected by Interpol.
END_OF_DOCUMENT_TOKEN_TO_BE_REPLACED