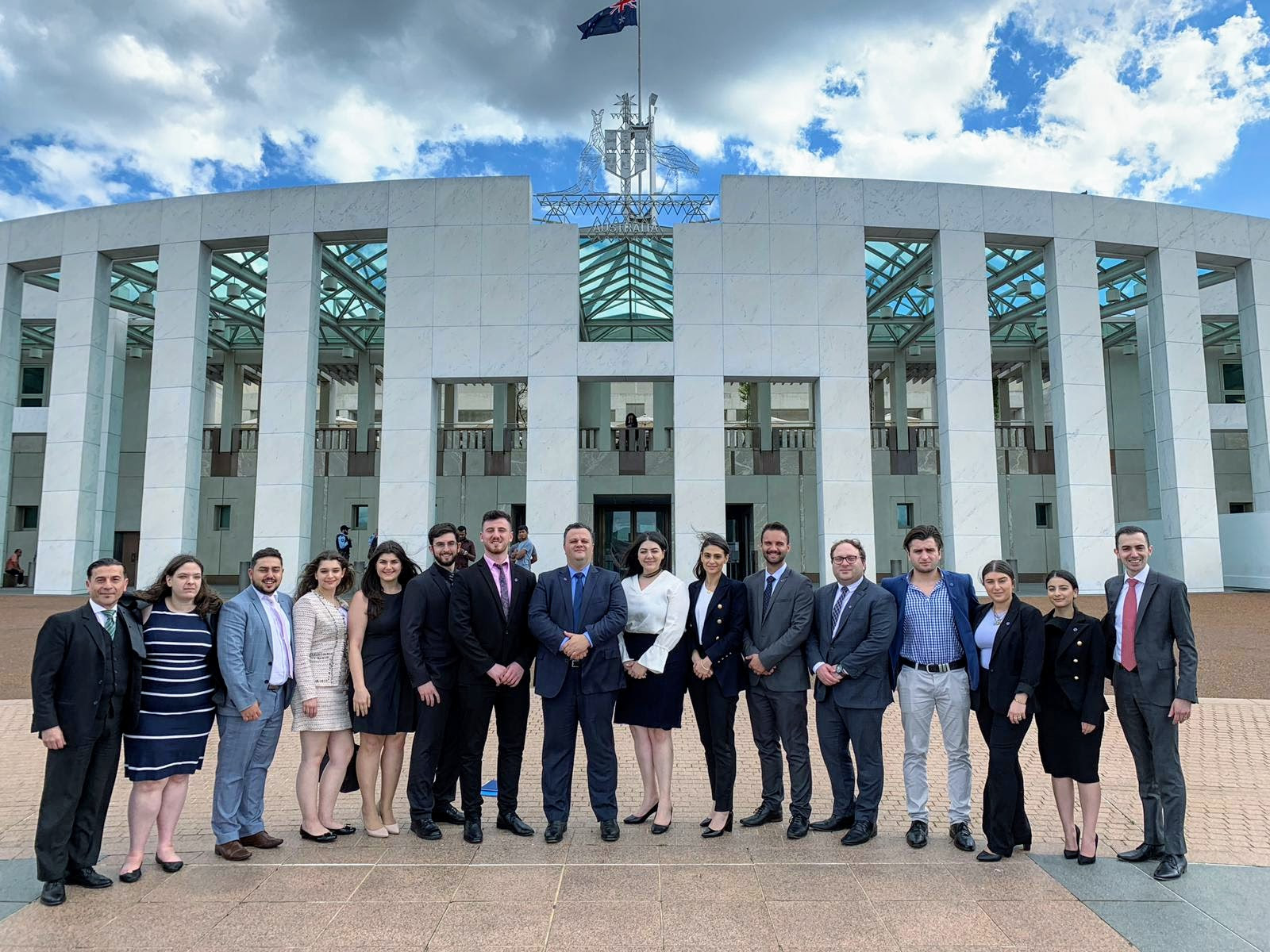 CANBERRA: Over a dozen young Armenian-Australians will spend two days at Parliament House in Canberra this week as part of the second edition of the Armenian National Committee of Australia’s (ANC-AU) Youth Advocates Program to kick off ANC-AU Advocacy Week 2019.

These young Armenian-Australians – from Sydney and Melbourne – will practice the art of political debate and advocacy in a Program that has earned the support of the ANC-AU Internship Program’s Hagop Kortian Scholarship.

While the Scholarship is to help facilitate the placement of Armenian-Australian students into political and other offices of influence, the Kortian family has dedicated part of their 2019 commitment of $10,000 to ensure the ANC-AU Youth Advocates Program is accessible to as many youth as possible, some of whom may be future applicants to the Scholarship.

After undergoing theoretical training by members of the ANC-AU and special guest advocate, Ms. Samantha Khavin of the Executive Council of Australian Jewry (ECAJ), the Youth Advocates will participate in a Parliamentary Discussion on Asylum Seeker policy, which will be presided over by Shadow Home Affairs Minister, Senator the Hon. Kristina Keneally, who will be joined by representatives of other parties representing their respective refugee policies.

The Youth Advocates will then be split into pairs, who will visit actual politicians’ offices to conduct mock advocacy on Asylum Seeker policy and Armenian issues of importance, including recognition and justice of the Armenian Genocide and peace in the self-determined Republic of Artsakh.

The second day will feature the ANC-AU Youth Advocates being given a crash course on parliamentary procedures by former Government Whip and former Defence Minister, Joel Fitzgibbon MP, who is currently Shadow Minister for Agriculture. The Youth Advocates will then attend Question Time in the Australian Parliament’s House of Representatives.

“We thank the ANC-AU Youth Advocates of 2019 for taking time from their tertiary schedules to take part in a program that will give these young Armenian-Australians a first-hand insight into the inner workings of Parliament in Canberra, from the point of view of politicians and those lobbying for issues of importance to their constituents,” explained ANC-AU Executive Director, Haig Kayserian.

“We thank the Kortian family, who have generously helped make this a possibility in memory of their husband and father, Mr. Hagop Kortian, who was a founding force of Hai Tad.”

The ANC-AU Young Advocates Program is part of ANC-AU Advocacy Week, which will include high-level meetings with Australian political leaders, and conclude with a celebration of the year in advocacy at the ANC-AU Annual Gala Banquet (click here for details).