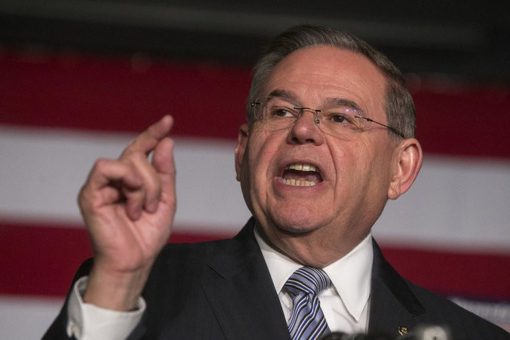 Senator Bob Menendez- Chairman of Senate Foreign Relations Committee – has started collecting Senate signatures on bipartisan letter calling on President Biden to recognize the Armenian Genocide
“Armenian Americans and our allies across the country join with Senator Menendez in calling on our Senators to add their names to this bipartisan request that President Biden act – in accord with his own Senate record and the clear will of the Congress – to lock in honest and ongoing U.S. government-wide recognition and remembrance of the Armenian Genocide.”
The full text of the letter is provided below.
The Honorable Joseph R. Biden, Jr.
President of the United States
The White House
1600 Pennsylvania Avenue, N.W.
Washington, D.C. 20500
Dear President Biden:
We write today to strongly urge you to officially recognize the truth of the Armenian Genocide. In the past you have recognized the Armenian Genocide as genocide, including in your Armenian Genocide Remembrance Day statement during the 2020 campaign. We call on you to do so again as President to make clear that the U.S. government recognizes this terrible truth.
From 1915 to 1923, the Ottoman Empire systematically sought to eliminate the Armenian population, killing 1.5 million Armenians and driving hundreds of thousands more from their homeland. We join the Armenian community in the United States and around the world in honoring the memory of these victims, and we stand firmly against attempts to pretend that this intentional, organized effort to destroy the Armenian people was anything other than a genocide. You have correctly stated that American diplomacy and foreign policy must be rooted in our values, including respect for universal rights. Those values require us to acknowledge the truth and do what we can to prevent future genocides and other crimes against humanity.
In December 2019, after decades of obstruction, the Senate unanimously passed a resolution introduced affirming the facts of the Armenian Genocide. The House also overwhelmingly passed its own resolution recognizing the facts of the Armenian Genocide in 2019. We appreciate that in your April 2020 Armenian Genocide Remembrance Day statement you pledged “to support a resolution recognizing the Armenian Genocide,” but Congress has already made its position clear. It is time for executive branch to do so as well.
As you said in your Armenian Genocide Remembrance Day statement last April, “It is particularly important to speak these words and commemorate this history at a moment when we are reminded daily of the power of truth, and of our shared responsibility to stand against hate — because silence is complicity.” Administrations of both parties have been silent on the truth of the Armenian Genocide. We urge you to break this pattern of complicity by officially recognizing that the Armenian Genocide was a genocide.
Armenian National Committee of America