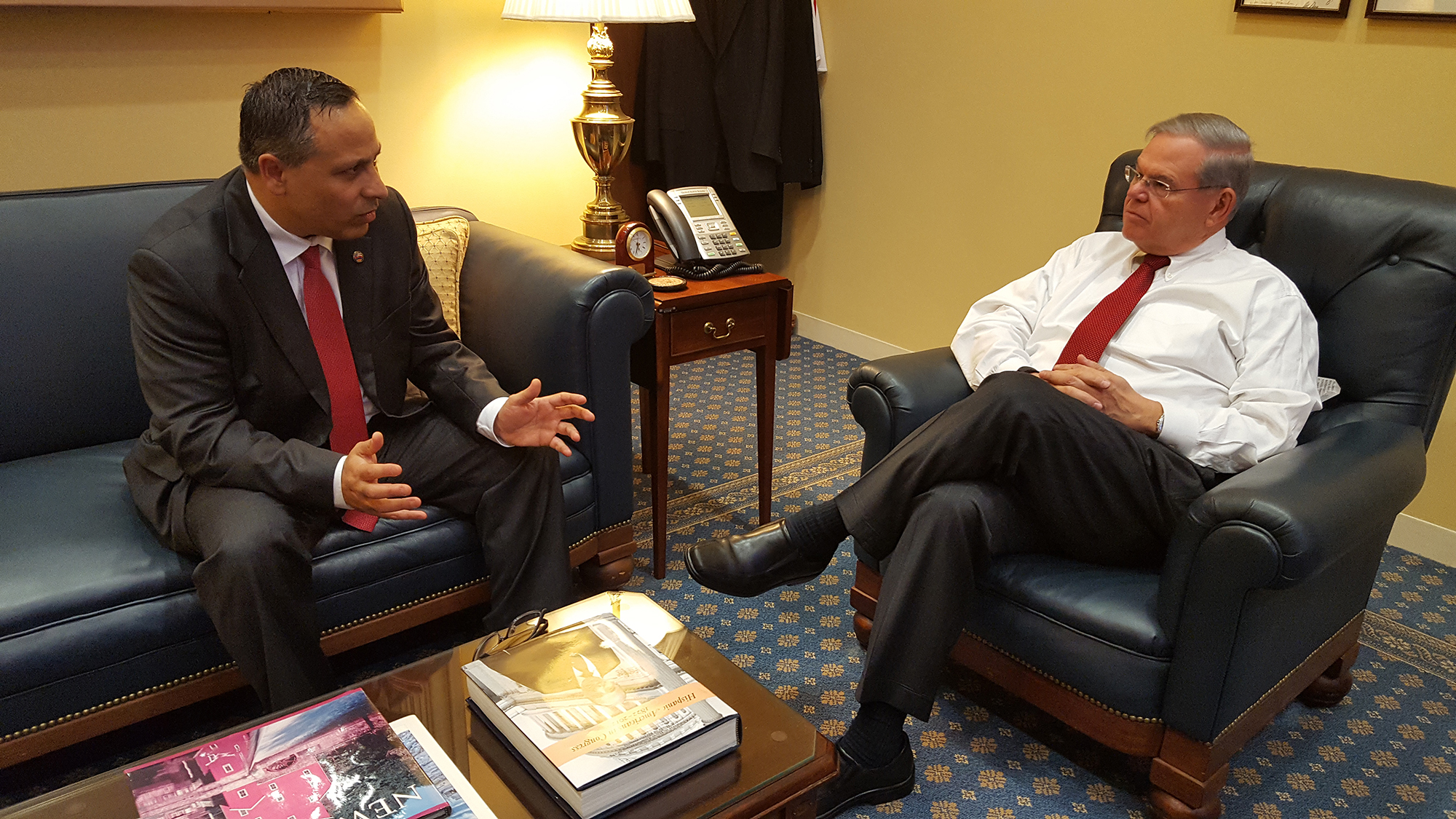 Hamparian’s complete statement is provided below:

“The ANCA stands proudly with Senators Menendez and Cruz as they intensify their pressure to end Ankara’s veto against U.S. Senate recognition and remembrance of the Armenian Genocide. 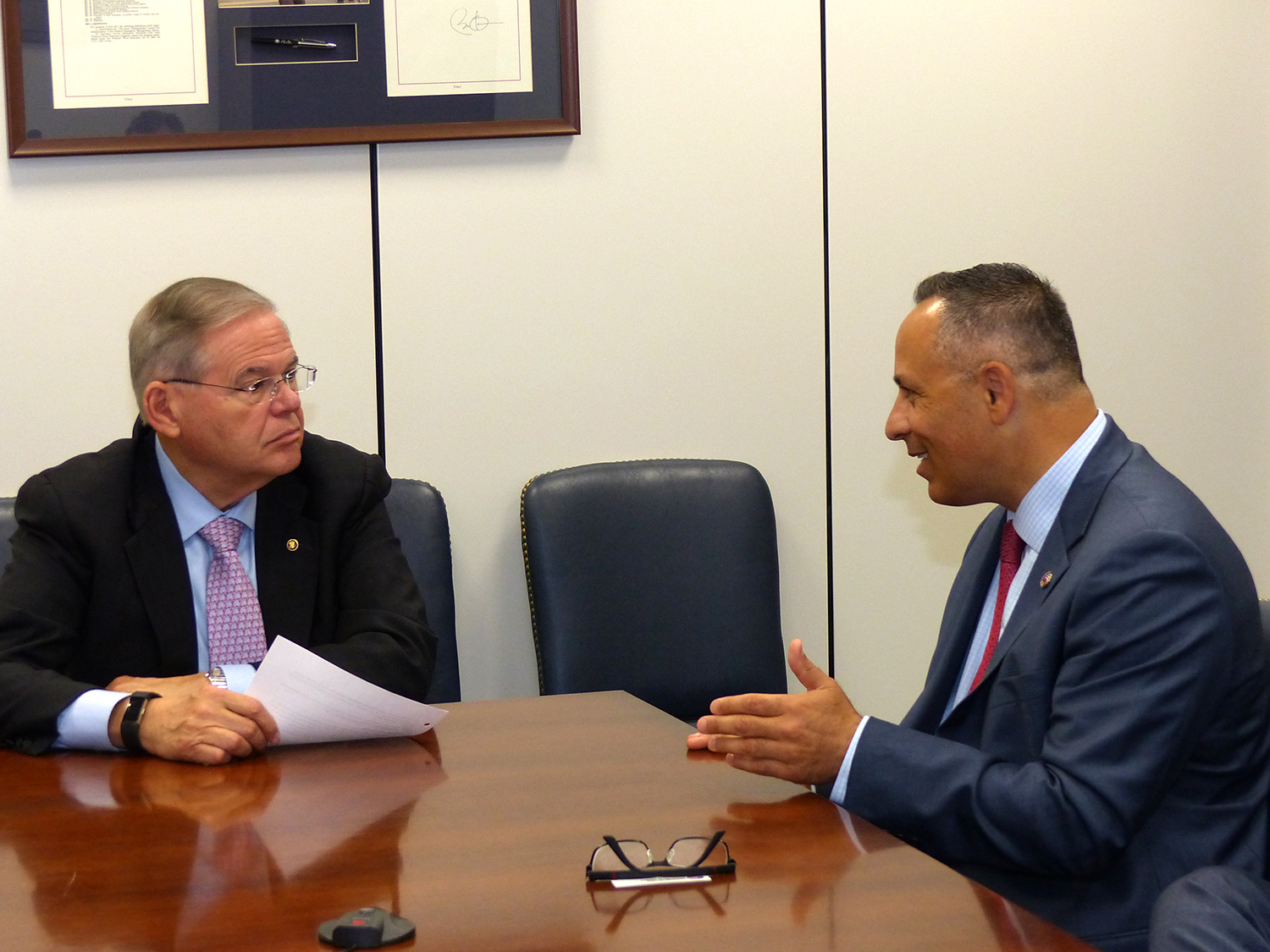 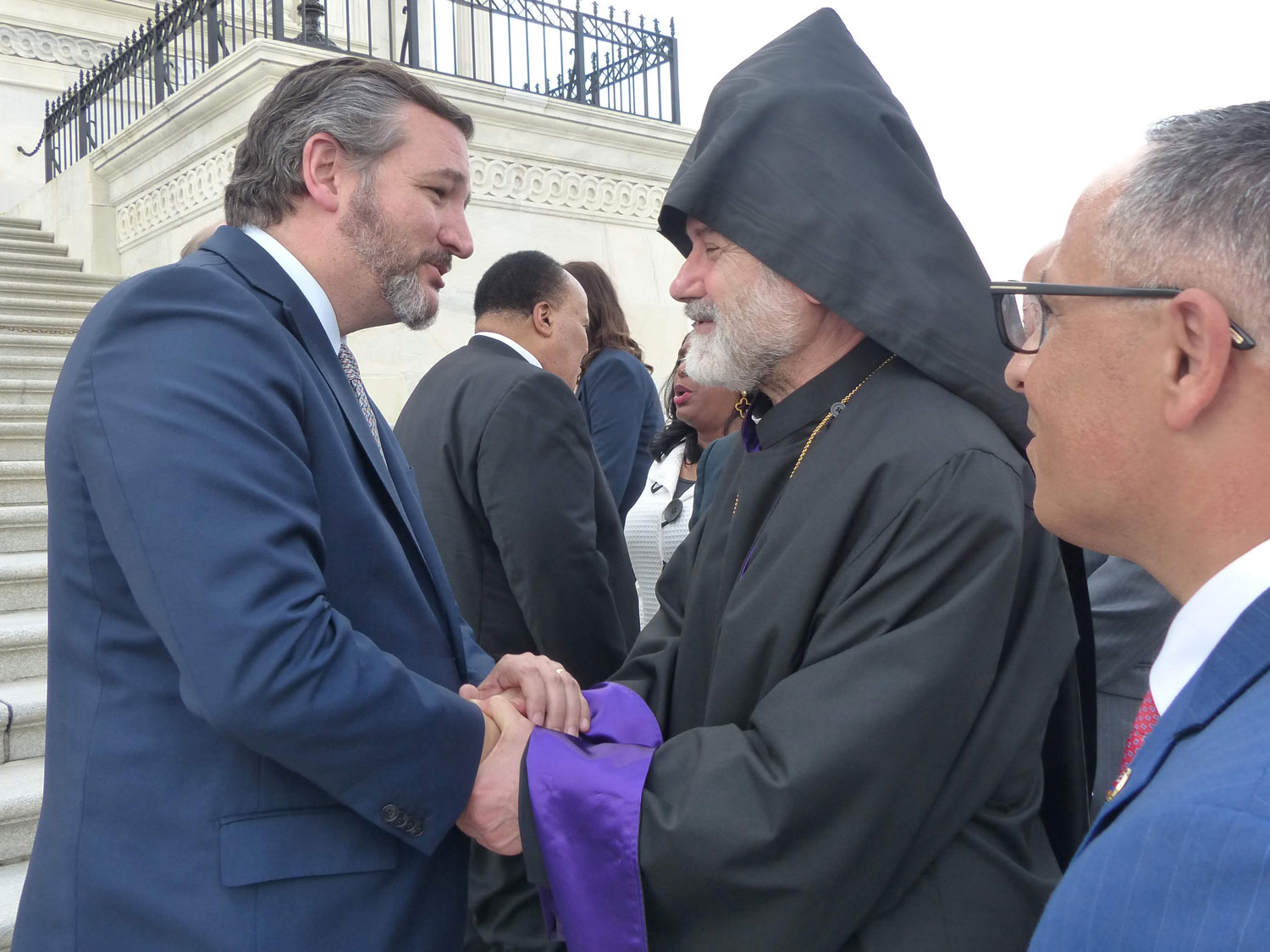 Sen. Ted Cruz (R-TX) with His Eminence Archbishop Oshagan Choloyan, Prelate of the Armenian Apostolic Church of the Eastern United States and ANCA Chairman Raffi Hamparian on steps of the U.S. Capitol.

It is clear to all that when given the opportunity, the overwhelming majority of Senators – Democrats, Republicans, and Independents – will pass S.Res.150, much like the U.S House did, on October 29th with a near-unanimous vote of 405 to 11. The small handful of Senators inclined to continue enforcing Erdogan’s gag-rule here are free to vote no, but should not to prevent the will of the Senate from being heard on a bipartisan resolution that speaks so directly to our nation’s commitment to genocide prevention, human rights, and religious freedom.

The ANCA continues to press forward on a bipartisan basis, with the backing of our Eastern and Western U.S. regional offices, dozens of chapters, coalition partners, and tens of thousands of grassroots activists. We will secure the adoption of S.Res.150, end the complicity of the White House in Turkey’s denials, and pave the way toward a truthful, just, and comprehensive international resolution of Turkey’s still unpunished extermination and exile of Armenians, Greeks, Assyrians, Chaldeans, Syriacs, Arameans, Maronites, and other Christian nations.”